Posted on January 8, 2020 by helpwithtechnology

In reply to a request sent to Filemaker asking how I could download one of their free trial copies, I got this. 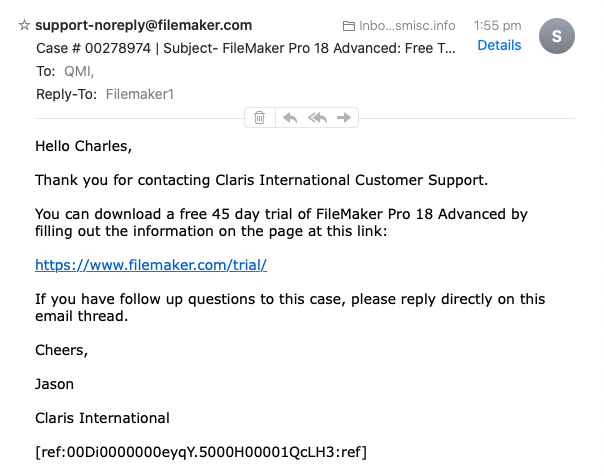 But there were three problems.

(1) When I clicked on the link provided – https://www.filemaker.com/trial/  – a page appeared on which there was a form which appeared on my screen for a couple of seconds and then disappeared which appeared to be the same as one I’d already filled in and submitted, but nothing had happened!!!

(2) When I clicked on “Free Trial” in the top right hand corner of this page, thinking I would probably fill in the form again, the same happened again – the form appeared on my screen for a couple of seconds and then disappeared, so filling it in again was not possible!!!

(A same day update: I eventually got to speak to Jason and he explained that what “please reply directly on this email thread” meant was that even though the address at the top of his email was, “support-noreply@filemaker.com,” it COULD be used to reply to emails, something I’ve never encountered before, so I’ve sent him an email and are awaiting his response.)

But, soon after, I also received this email asking for my “perspective” on things. 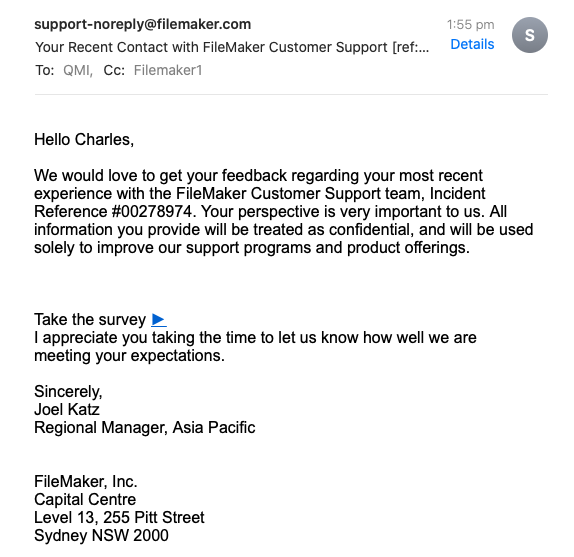 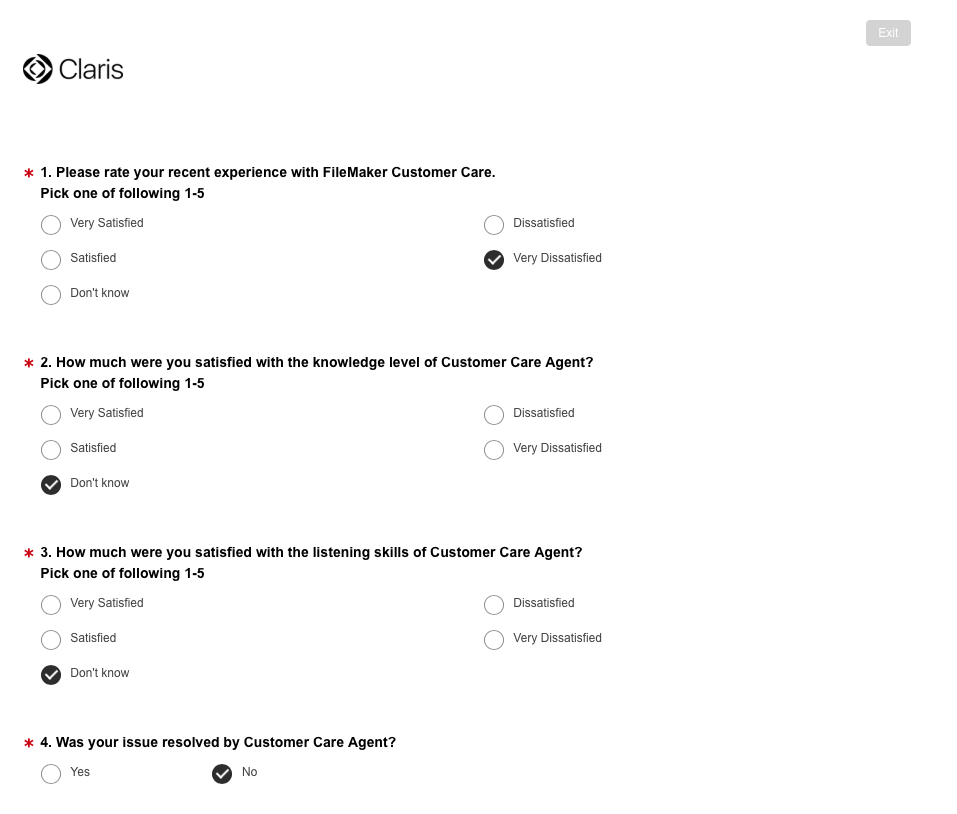 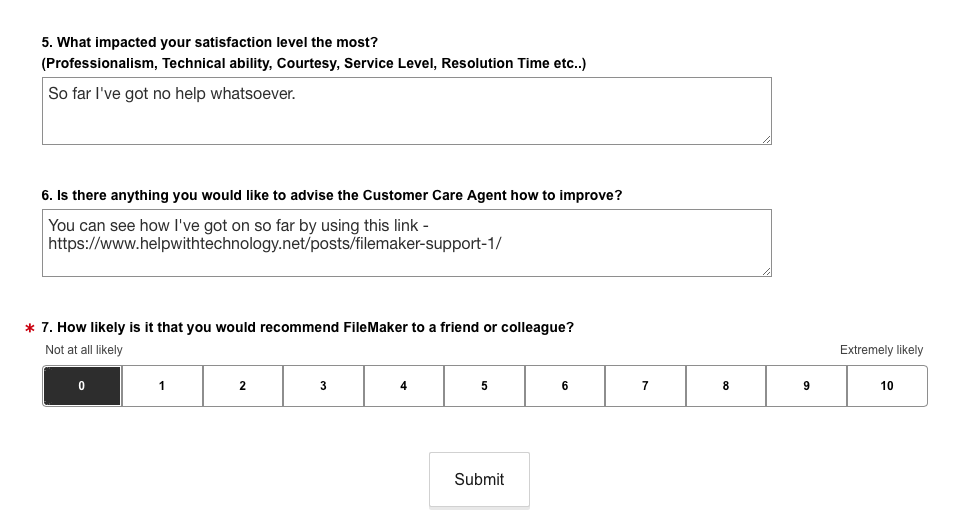 But again, when I clicked on “Submit” at the bottom of the form, I got nothing back confirming that I had submitted it successfully??? We await further developments.

This entry was posted in Uncategorised. Bookmark the permalink.